Marijuana Toxicity in Pets is On the Rise!

With the legalization of marijuana, the number of animals, particularly dogs, experiencing cannabis toxicity has taken a jump. The CVMA (Canadian Veterinary Medical Association) released information from the U.S. Pet Poison Hotline this fall that showed a jump in reports of pets in Canada being exposed to CBD and cannabis containing THC. In the first half of 2019 the hotline had already received 54 reports of exposure to marijuana products. In 2018 there were only 64 calls about suspected marijuana toxicity to the hotline the entire year. More than 90 per cent of the cases involved dogs and luckily, no animals died as a result.

The Canadian Veterinary Medical Association (CVMA) believes the number of actual pet toxicities as a result of ingesting marijuana and marijuana products is much higher because Canada does not have its own poison line for pets and because not all vets report marijuana or suspected marijuana toxicity cases.

With legalization, the accessibility of marijuana will continue to rise, so here’s what you need to know to keep your pet safe.

With the legalization of edibles in Canada starting in October, there is even more potential for your dogs and cats to get into marijuana that looks like a tasty treat.

It is important to ensure any edible marijuana products are kept in a childproof container, preferably in a cupboard or drawer your pets cannot get into.

Signs of Marijuana Toxicity in Pets

Symptoms of marijuana toxicity can start to appear as fast as five minutes after ingestion up to 12 hours afterwards. The symptoms can last a half-hour up to 12 hours and is dependent on the amount they ate.

What should I do if I suspect marijuana toxicity in my dog or cat?

Take your pet to their vet or an emergency pet hospital to be assessed as soon as possible. Although there is no specific treatment for marijuana poisoning, your vet can monitor your pet’s symptoms, help regulate their temperature and mitigate other symptoms through supportive treatment.

Back to the Blog 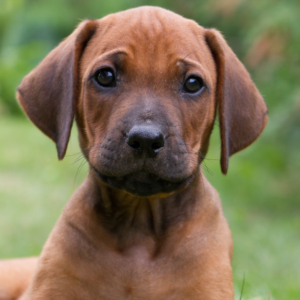 We are happy to provide you with the option to browse and shop for your pet, all from the comfort of your own home!

Closed on Tuesdays from 1 - 2 pm for staff training.